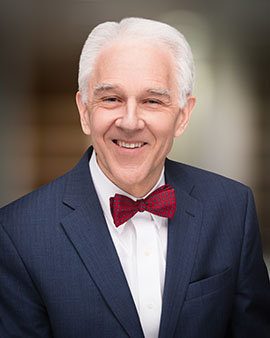 Clark has practiced law since 1981.  He began his career as a law clerk to Honorable H. Vearle Payne, Senior Judge, U. S. District Court for the District of New Mexico.  Since 1981, Clark has worked in a wide range of settings, including the Utah Attorney General’s office, construction and surety law boutique firms, and one of Utah’s largest law firms.  Clark has been a shareholder at Fetzer Simonsen Booth & Jenkins since 2003.  Clark is an accomplished mediator and arbitrator.  He is on the Roster of Neutrals of the American Arbitration Association and the roster of mediators of the Utah State Courts.

Clark is a graduate of Brigham Young University and the University of Utah College of Law.  Clark received mediation training through the Program of Instruction for Lawyers at Harvard Law School’s Program on Negotiation and the Utah Dispute Resolution Basic Mediation Training.

Clark has authored and edited state legislation.  He has presented seminars on a variety of construction law topics and public contract and procurement regulation.